Her heart was quickening with each step she took as the men in black followed her in quick strides. She glanced back briefly and gasped when she saw they were only ten feet behind.

In the dark of the night with the crescent moon in a cloudless sky had cast shadows in front of her as her feet pounded against the dirt trails used for hiking. She got to keep going. Push herself to make it to the end of the trail. She refused to be taken back to a place she doesn’t belong to like the others. She wanted to go back home where she felt safe and secure.
The men were coming closer; only four feet of distance separated them from her. She ran faster with all her might. She has been running for what seems like an hour. She got to make it to the white truck where others like her were waiting.
She was getting close though. The light from one of the men’s flashlight reflected on the truck that was not so far away now.
“We won’t let you leave!” One of the men in black exclaimed. His voice was taunting like he knew for sure she won’t leave the compound.
She shook her head violently, determined to make it even if she had to fly her way to the others. But, she won’t give the men the satisfaction of seeing her use her powers. It would give them the ammunition to use it against her.
Just when she neared the white truck, she screamed when she felt a bony hand reaches out to grabbed hold of her shoulder. The sharp fingernails of the hand dug deep into the flesh.
“This is it. I almost had made it,” she murmured, laying in the grass with tears cascading down her cheeks and down to her neck.
“What didn’t you made yet, sweetie?” A calm and soothing voice said to her.
The young girl’s eyes jerked open and scanned her surroundings. She wasn’t in the woods running away from the men in black; the men who tried to snatched and turned her in just to run extensive tests on her.
She was safe in an all-white room laying on a full-size bed. Also in the room was a night table by the bed with a book about healing, a small window with a radiator heater underneath it, and a box-shaped television in a corner on top of a wooden table.
She threw her head back against the pillows. It had all been a dream. All a dream. She was in a safe haven for people with supernatural powers just like her. She laughs softly, but it was cut short. The woman who stared down at her with kind eyes said, “It was such a shame those men in black wanted to take you back. They would have made life hell for you, dear. Luckily, you were able to use one of your powers to save yourself.”
“What do you mean?” The young girl asked with a puzzled look. She sat up abruptly.
“If you didn’t use telepathy, the man and woman wouldn’t be able to drive up in the white truck to get you. Not only that, a supernatural ability you have that I can’t seem to fathom right one, was another power you had used.” She sighed. “Some of us aren’t so lucky. Some get captured. Well done, Phonecia! You are now safe.”
Phonecia threw her head back. So it really wasn’t a dream then, she thought.

What are your thoughts? Cancel reply

This site uses Akismet to reduce spam. Learn how your comment data is processed.

Check Out The Secrets Series Page

Lol. #quarantine #funnymemes
I don't particularly like small talk. Love talking about any and everything. When getting to know someone, all of that small talk like: "wyd," is cheap and overrated. When getting to know someone, you have to invest time and Communication in them. Invest energy as well, but if they aren't reciprocating and/or simply giving you small talk all the time, leave them where they stands. Life is too short. How do you feel about this? . . . #universe #galaxies #realtalk #talk #time #energy #communication #instapost #writer #hatesmalltalk #likeforlikes #insta
Years of hard work, determination and the strong will to not give up. A big thank you and hugs for those who follow me on WordPress. I appreciate all of your support. 🙏❤ . . . #wordpress #blogger #writer #achievement #wordpressblogger #blog #milestone #instablog
I owe myself... EVERYthing. . . . #2019 #manifestation #oweittomyself #writer #poet #blogger #achiever #notgivingup #goals #manifesting #focused
💯💯 . . . #wealth #insta #wealthy #being #instagood #writer #bloggersofinstagram #quotestoliveby #quote #poet #post ##life
We don't always see the end results of something we are working to bring into manifestation, but we got to trust and have faith in the process. . . . #believeinyourself #trust #believe #faith #universe #manifestation #trustintheprocess #gotthis #instaquote #quoteoftheday #spirituality #spirit #insta #lawofattraction
This is amazing! Love lives on. ❤❤ The Valdaro Lovers is the name given to two skeletons who have been locked in an eternal embrace for the past 6,000 years. The embracing skeletons were discovered in 2007, at a Neolithic tomb near the village of Valdaro in Mantua, Italy. — From Wikipedia . . . #lovers #wikipedia #truelove #italy #thevaldarolovers #skeletons #eternallove #instapic #insta #likes #loveforever #embrace #eternity #infinity #article #instalove #love
Yeah, something like this. 😁 James Brown is the G.O.A.T and his moves are out of this world. Video credit: @husbandismybestfriend - their Facebook page. . . . #instavideo #jamesbrown #memes #instadaily #happynewyears #instagrammers #dance #dancing #blogger #music #video #insta #dancevideos #writer #likeforlikes #beinghappy #grateful
(And someone who have eyes only for you. And someone who you can build and grow with.) Some people come across a person that only looking for help. And there are some that are actually blessed to come across someone that wants to love them unconditionally. The love is real and true. You find yourself becoming the best version of yourself and loving yourself. The person is patient and understanding, and only wants the best of you. That's love. God bless! 🙏❤❤☯ . . . #love #lovingyourselffirst #home #heart #worth #quote #soulmates #lovequotes #quotes #strength #journey #soulmatequotes #sunday #twinflame #selflove #insta #instaquote #writer #instadaily #life
Although I had went through a lot over the years of setbacks, turmoil, losses, abuses, spiritual awakening, transformations, etc, I have came to be like a phoenix rising from the ashes of what I once were. I am now living life one day at a time (well, trying to) even when things seemed as if they are moving quite slowly. I am healing from the past and present. I am a humbled being and grateful for what I had endured, and received- good and bad. 2018 had been a year that seems like nothing good was ever going to happen for me. Things move very slooowly. However, it had taught me a lot that you get out what you put in. To not give up. To keep working hard on my goals and achieve them. To bring my dreams into a reality. To release things and people that no longer has best interest at heart. To love myself more and to accept ALL of me. To get rid of negativity and toxicity. I am grateful. And thankful and appreciative to God, the Universe, Spirit, and the Angels. So, I welcomed 2019. I am ready for you. . . . #spiritualawakening #rebirth #transformation #lightworker #starseeder #ascension #spiritual #divinefeminine #spirituality #ready #anewday #anewlife #newme #peace #happiness #grateful #universe #release #writer #quote #thankful #blogger 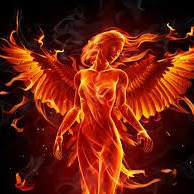 The open tabs of my brain in words

Let your soul burn a flame in this world. Be damned to make a difference.

Exposed Emotions
Conversations on finding and loving who I am

Let's have an open conversation about life.

A daily selection of the best content published on WordPress, collected for you by humans who love to read.

Understanding ourselves and the world we live in.

Seeking Solace in the Horizon of Life & Beyond.

Thought Catalog is a digital youth culture magazine dedicated to your stories and ideas.

True wealth is the wealth of the soul

A blog full of tips, inspiration and freebies!

Life from where I stand

Taotalk is a forum for the discussion of both the academic and pragmatic aspects of dao and Daoism, with participants expressing themselves on Daoist writings and pragmatics from their unique perspectives. It serves as a community for Daoists, and those interested in Daoism, to gather and talk dao.