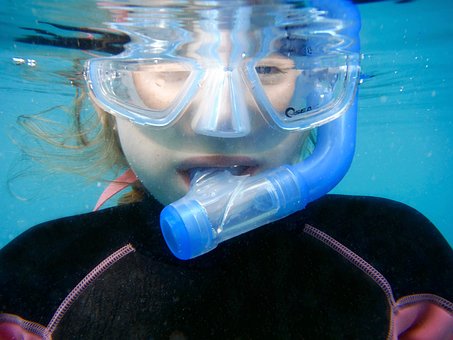 Photos courtesy by pixabay.com and pexels.com

Hello everyone. I hope your weekend went well. Today’s post is a bit different. Wow, that sounds familiar.

Well, um, the song, Femininity is a song by Eric Benet that is seductive and oh so sensual. When I first heard this song, I was too young to be listening to it.

A woman is powerful and is said to be dangerous when she is touched with her feminine and masculine side. Dangerous, huh? I won’t make this long because I might drag it out. Though I did wrote a post called, Paying Homage To Our Fierce Women.

At first I didn’t know if it would be..um… right to post something like this, but I was like, what harm can come from it. The lyrics are clean. There is not much else I can say to this except I won’t waste time rambling about it. And to tell you to check it out and I hope you enjoy it.

[Intro]
Oh
Ooh what you do to me
Yeah yeah, yeah

[Verse 1]
Quietly, your silhouette approaches me
A vision far too lovely to define, hey, yeah
Tenderly, you take complete control of me
The feminine seduction of body, soul and mind, yeah

[Chorus]
Touch me, and I feel your femininity (Touch Me)
Girl, you’re the lady women want to be (Yeah)
Softly, you move when you’re making love to me
Love me every night with femininity (Femininity)

[Verse 2]
A child of innocence is how you look at me
But it’s the woman’s touch that makes it feel so right, so right
Your lips consume my deepest sensitivity
It feels so good, it makes me wanna cry (Make me cry)

[Verse 3]
Let me feel myself inside you once again
I love the way you say it’s just for me
A lady in the purest sense of elegance
But when the lights go down, girl, you’re making love
Strong, wild and free

[Outro]
I like the way you take control of me (Femininity)
(I love) You have a little certain quality (-Mininity)
Not many girls would ever dare to be (Femininity), No no
The lady that you are (Femininity)

The mixed emotions I felt heading to a destination known and unknown set a rocky motion of fear and confusion inside me. My heart raced after each mile completed, which set a bundle of nerves taking over me. I fought to keep my breathing in control and my skin felt clammy. I knew that I was getting closer whether I was ready or not.

As told by Carena Johanssen

I know it sounds like I am a terrible person for laying up with my boss, Xander, and getting pregnant by him. And all the while doing so being a married woman. It’s a bad thing to do, I know. Not trying to discount what I’ve done, but growing up I noticed that men do shit like that all the time, and people would wave a hand saying that what men do. And wanted us to look the other way. Men are always given a pass for stuff they shouldn’t. When and if a woman does that, it’s deemed as not ladylike and morally wrong. Whatever.

Anyway, an innocent child came out of my affair and it is a responsibility that I had to take care of. Though, still I had held my head high amidst the fact that my son was growing in my womb then. Held my head high when pushing him in his stroller wherever we would go. I am a Native American woman from the Iroquois tribe who caused what they called a scandal with a Greek man who owned a business that was blossoming. From what people say, the two races should not have mixed. Anyway, why should they care?

From Canada to the States, I had endured the fights, arguments, name-calling, you name it from my family and husband’s, and that’s including from my husband, Jarren himself as well. Yeah, I know what I’ve done, and still to this day, some people won’t let me forget it, especially when they see Michael. I wish they would stop womb-watching and stop worrying about what I do with my vagina.

It was already bad enough that I had to quit my job which I thought was a good idea at the time. There was no way I could see Xander’s face every day. Jarren had me to be something I didn’t want to be and that is to be a stay-at-home mom. It was Jarren’s idea. I was never to work again outside the home. So, sometimes after my last child, I started making my own money by making oils and soaps for people and other spiritual stuff.

It’s quiet in the house now because all five of my children are gone. The oldest is living with her husband and their triplets in Italy. The next two are in college. Michael just started college living in a dorm with his friend Craig, and the youngest is a junior and hates high school now that Michael isn’t there anymore.

Let me say this, it was hard as hell raising Michael; not because of him, but the reminder from my mother-in-law that I was “a slut”, and my husband’s constant anger that only started since my affair. And to top it off, Xander harassed me so bad about being in our son’s life that we had to move to another country. He literally had people follow me everywhere whenever he couldn’t. And he even followed Michael and had people at his school, either working there or otherwise to “keep watch” over him.

Now, I feel like the worst had already happened. Michael graduated from high school and started college; and, he’s passed the age where I don’t have to be a hovering mother anymore. Though he is of legal age now to make his own decisions now, you know I am always going to be Mommy. I want the best for my son and I never forget the day Jarren wanted to help raise Michael.

I stood up from where I sat and walked over to the fireplace and touched the frame that held a picture of Michael when he graduated. Thinking back to a couple months ago, when there was nearly a fight in the backyard when Xander brought our son back from wherever he took him. That and everything hasn’t really taken its toll. And, I thought believing that if I allow Xander to come see Michael whenever he wanted to see him would keep him for taking me to court for joint custody. And also to keep him from harassing me so much. Well, he didn’t take me to court in which he most likely would win the case, but he still didn’t stop making matters worse.

I’ve done whatever I could to protect my child like I would for any other. And that’s including moving to the States in which he followed us and found out where we lived. It seems like I spent most of my son’s life just fighting for him. Oh, I am tired just thinking about it.

As I paced the dark carpet in front of the fireplace still deep in thought, I heard a lock being turned at the front door. Thinking it was my youngest daughter coming home, I called out to her to ask about her day.

“It’s me, CeCe!” Jarren called out instead, holding a large black bag in his hand, and wearing a sneaky smile on his handsome face.

“What’s in the bag, Jay?” I asked, holding my composure while forking an eyebrow.

Check Out The Secrets Series Page